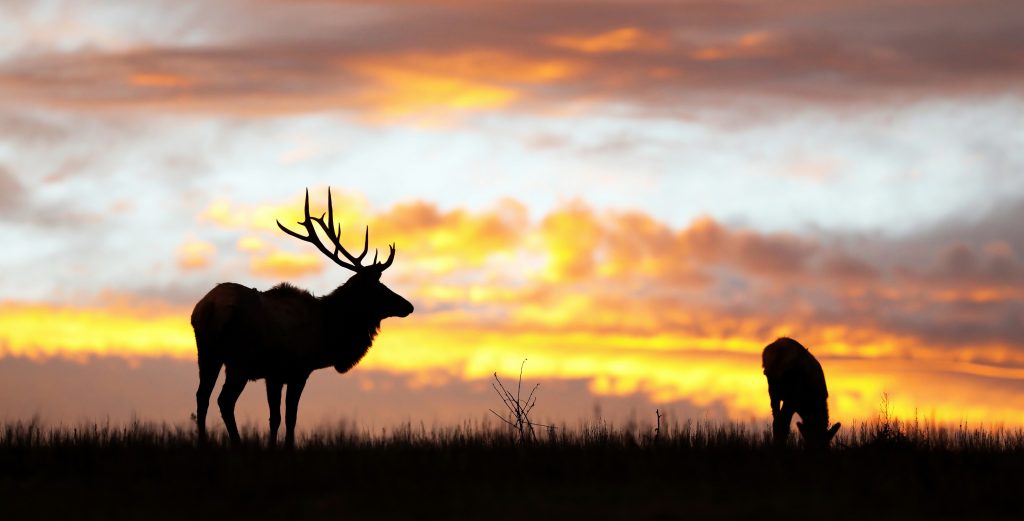 The reason Montana has the best wildlife in the Lower 48 isn’t because of dumb luck, said Dave Hadden, executive director of Headwaters Montana.

“Many people for a generation or two worked really hard to restore what was lost at great personal expense,” Hadden said. “They restored Montana’s wildlife that had been shot out, trapped out, poisoned out.”

Current Montanans owe it to people from the past to continue that preservation, and that costs money, Hadden said.

In fact, more than $44 million annually is needed to maintain the quality of wildlife that Montana currently has, according to a report published earlier this year by the Montana Wildlife Futures Group.

“The need that we’ve identified is real. It’s needed to maintain what we have going into the future,” Hadden said.

The coalition – made up of wildlife advocates across the state – met for two years to identify the funding needed for adequate wildlife management in the state.

“We don’t know yet how we’re going to solve this. We really wanted to go in and quantify the problem,” said Dave Chadwick, executive director of the Montana Wildlife Federation and co-chair of the group. “We wanted to start with a real solid assessment of ‘what’s the need to prevent all of Montana’s native wildlife from declining and reaching the brink of extinction?’ That got us to where we are now, talking to the public and doing all the research.”

Chadwick, who has worked in conservation for decades, said that often the conservation industry has a reluctance to quantify the value of wildlife and other things, but instead say the “need is great, we’ll take as much money as people can spare” instead of saying that the industry needs a x-amount of money to do this one thing that will save this species.

“And that’s why we’re chronically underfunded both at the state and federal level,” he said.

Currently, wildlife management is funded largely through the sale of registration and licenses for hunters and anglers, as well as a tax on firearms, ammunition and angling gear. Money comes both from the federal and state level.

In other words, most wildlife conservation relies on hunters and fishermen to carry the largest share of the burden for funding wildlife management.

“It’s a user pays, user benefits model, and over the past century, that model has been wildly successful for a relatively small number of very important species,” said Chadwick, who cited the recovery of populations of species like white-tailed deer and wild turkeys. “But lots of other wildlife fell through the cracks.”

But as hunter and angler populations age and Montana’s wildlife is under new threats – climate change, invasive species, a growing human population and wildlife diseases – more funding is needed, the group found.

“I’m not saying (the current model is) a bad thing, it’s just not enough,” said Chadwick. “An overwhelming number of people value wildlife but don’t have any financial contribution to conserving it.”

Now is an important time to identify the need, explained Hadden, co-chair of the group, as a federal bill that could help solve the problem is picking up steam.

The U.S. Congress is considering the “Restoring America’s Wildlife Act” which would help fund wildlife conservation and restoration projects, as long as those needs had been identified and the state was willing to provide a 25 percent match contribution to the funds.

Under the bill, Montana has been identified to receive $29 million.

The Montana Department of Fish, Wildlife and Parks identified six priority areas: large-scale habitation conservation and restoration projects’ smaller scale geographic areas in greatest need of conservation; focal species of greatest need through broad-scale and fine-scale action; short-term inventory efforts to determine species status and need; fostering interest and involvement in the resources of FWP through public outreach and education; and providing diverse opportunities for people to connect with the outdoors, including hunting, angling and state parks.

The Wildlife Futures Group put an annual dollar amount on those needs:

With the federal government providing $29 million, the state would need to fund $14.99 million to reach these goals, including $7.25 million to match the federal funds and $7.74 million in other funding.

However, the group did not identify a single path forward, saying there are many potential funding sources, including mandatory mechanisms like a natural resource trust fund, a state tax on resource extraction or a fishing access site user fee, for example, or voluntary funding mechanisms, like a single-species voluntary conservation stamp.

“We are looking for ways to support that, meaningful ways to take some of that profit and reinvest it in maintaining the resource,” Hadden said.

Outdoor recreation is a $7.1 billion industry in Montana, and $44 million is a small chunk of that.

“It’s good management and good investing to keep investing in what’s providing you with the benefits to begin with,” Hadden said.

Hadden said he hopes to get people to realize there is value in protecting the land for their children and grandchildren.

“Invest in what’s meaningful to you, even though you may not see an immediate return,” Hadden said.