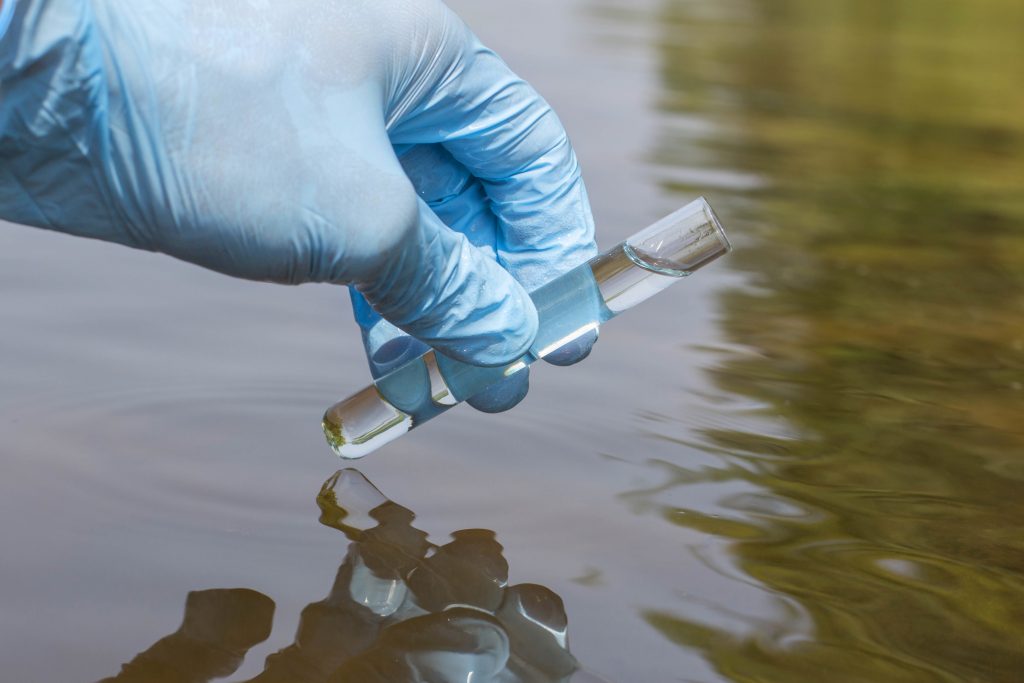 Each day until his death, Chief Plenty Coups would drink out of the sacred Medicine Spring at his home on the Crow Indian Reservation near the Pryor Mountains.

Upon his death at the age of 84 in 1932, Plenty Coups, whose vision of cattle replacing bison and the white man taking over the West changed the history of the Crow people, donated his home and 195 acres of his land to the state of Montana for it to be used as a park – today known as Chief Plenty Coups State Park.

For decades since Plenty Coups’ death, Crow tribal members have come to the homestead to use the sacred Medicine Spring for healing purposes and for ceremonies. Still today, they drink out of the same spring that attracted Plenty Coups to the area.

But now, a sign tells visitors to drink out of the spring at their own risk.

“It’s a septic issue,” said Stephanie Ewing, an associate professor at Montana State University who helped conduct research on the issue in 2017.  Water quality tests showed episodes of fecal contamination caused by septic leakage, with the most likely culprit being the visitor center at Chief Plenty Coups State Park. (The area’s water supply also has significant issues with agricultural run-off.)

Researchers discovered that the septic system had not been pumped in over 20 years. Since the research was conducted in 2017, the state has now pumped the septic system, but the threat remains should maintenance funding woes continue to plague the state parks system. Pat Doyle, marketing and communications manager for the Montana Department of Fish, Wildlife and Parks Division, said there isn’t really a mitigation plan for the issues. The Montana State Parks division has over $22 million of backlogged operations and maintenance needs, and many projects like this one remain unfunded.

Ewing said as water issues like this are common, especially in rural areas, and although the state’s lack of maintenance could have contaminated the sacred spring, it doesn’t mean they’re the only ones acting irresponsibly.

“Septic issues are pervasive in rural communities,” Ewing said. “It’s not just the museum not acting responsibly on septic waste. But the state should be a model citizen.”

She said the state should think about how do we care for and think about and protect our groundwater resources, especially with Chief Plenty Coups State Park’s sacred spring being a sacred resource to the Crow Tribe.

Rebecca Old Elk, campaign coordinator for Western Native Voice who is helping do outreach for the Montana Outdoor Heritage Project, said she helped conduct research on the water issues at the park, and the lack of funding to upgrade the system made her want to get involved with the Heritage Project.

“The septic system is only supposed to last 20 years,” said Old Elk, who noted its been around since the 70s.

Old Elk said she is hoping the Heritage Project can help identify other such issues across the state.

Shane Doyle, a member of the Crow Tribe, said that the state has an obligation to figure out what’s going on, as the tribe still uses the water for ceremonies.

“We need to figure out what’s going on,” Shane Doyle said. “This is the same government that basically took 90 percent of his inheritance, and despite all that, he still gave away his own residence. We owe it to him and his memory to do the best we can to honor that place and do the best we can to make sure people can still go and drink from that spring.”

Shane Doyle served on the 12-member Park in Focus Commission, an effort by the Montana Department of Fish, Wildlife and Parks to identify funding shortfalls and potential solutions. The commission’s final report found that over the past 10 years, visitation to state parks had increased 40 percent and budgets for state parks decreased 2 percent. Doyle is also an ambassador for the Montana Outdoor Heritage Project.

“Oh god, it’s unbelievable. If you saw how many state parks are in need of improvements, upgrades, maintenance, it’s a very long list,” he said. “We’re not providing enough money to all of our parks – to main the camping sites, to upgrade signage, to make the accommodations cleaner. And again, with outhouses, making sure we have enough money to clean them up.”