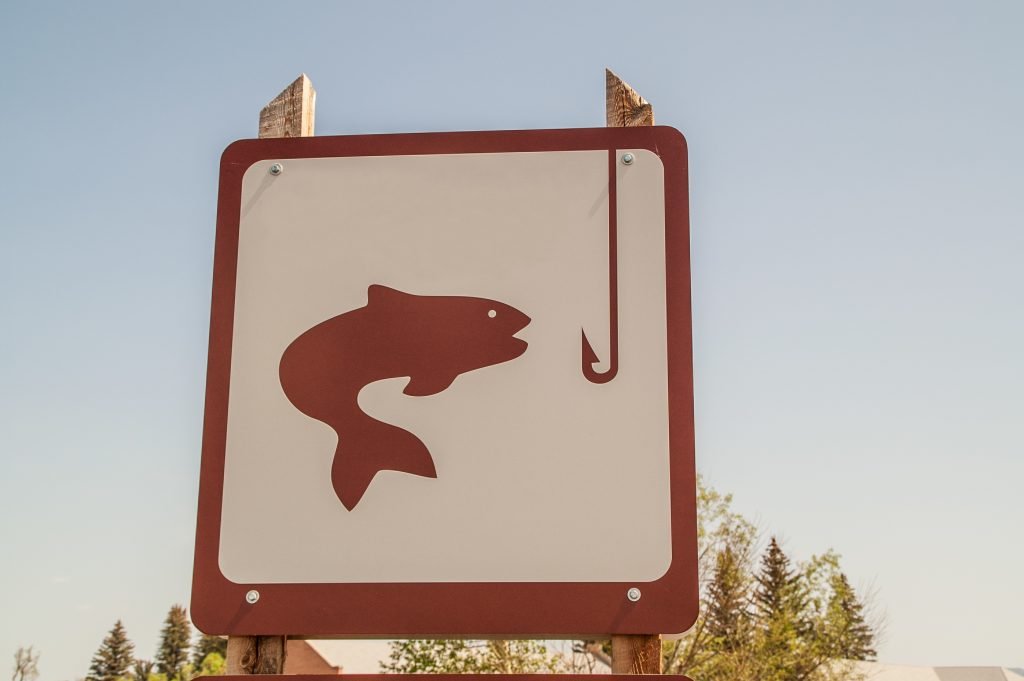 What do you see?

Trucks with empty boat trailers. Fishermen walking up and down the banks, she says. But that isn’t all. People are out walking their dogs, having a picnic, swimming, kayaking, canoeing, tubing.

“Just people getting out on the water and enjoying the day,” Ryce said.

Ryce said scenes like this are refreshingly wholesome, seeing people who want to spend a day out in nature. But it also represents a source of conflict for the department, Ryce said.

“Our sites are primarily funded by (angling) license dollars, and a lot of the use is by people who are not paying,” Ryce said. “Where we see conflict is when the angling public shows up to use the sites, and there’s no parking, sites are crowded by what could be labeled as non-paying users. It’s something we’ve noticed has been an increasing problem.”

Ryce said that while the department loves to see these people using the resources, it does represent a conundrum: If they aren’t paying for the resources they’re using, how much should FWP invest in things like picnic tables, trails and signage for the non-fishing public?

Though they are indicative of conflicts between visitation and increased costs, the problem extends beyond just fishing access sites. At state parks, visitation has increased 40 percent from 2010 to 2017, but budgets have decreased 2 percent.

A recent study by Headwaters Economics in Bozeman found that annual maintenance of Montana’s outdoor heritage has millions of dollars of unmet needs, on everything from conservation agreements, to protecting wildlife habitat, to trail maintenance. That’s exacerbated by a growing population, who is increasingly using public amenities, said Megan Lawson, the author of the study.

While many of these needs seem intimidating or distant, these costs also include things that the general public often uses for free or for fees that don’t cover the costs. Consider:

While increasing visitation is a stressor on trails in many areas, Lawson said that the lack of trail infrastructure in many smaller communities can also be a problem because communities can use those trails to benefit the community.

Trails benefit communities, Lawson said, whether it’s from economic development and a trail system that attracts elk hunters, bikers and other tourists or if it’s improving the quality of life and health in a community, helping to attract new residents.

Lawson said compiling all of the information together is difficult because so many different studies use different methods and have different purposes than what Headwaters was looking at. For example, the study looked at trail needs by looking at the amount of funding requests to the state that aren’t met. But it’s hard to quantify how many projects exist that don’t necessarily meet the specific requirements set by the program or go unfunded for other reasons.

The fishing access sites are another good example. Ryce said the department makes its resources go pretty far, including by keeping old equipment and having its small work crews focus on efficiency.

“We make the best of what we have,” Ryce said.

But with the changes Montana is undergoing, the answers aren’t always clear, especially when it’s a positive aspect like too many people enjoying the outdoors, she said.

“Oftentimes it’s hard for us to find solutions to those situations,” Ryce said.