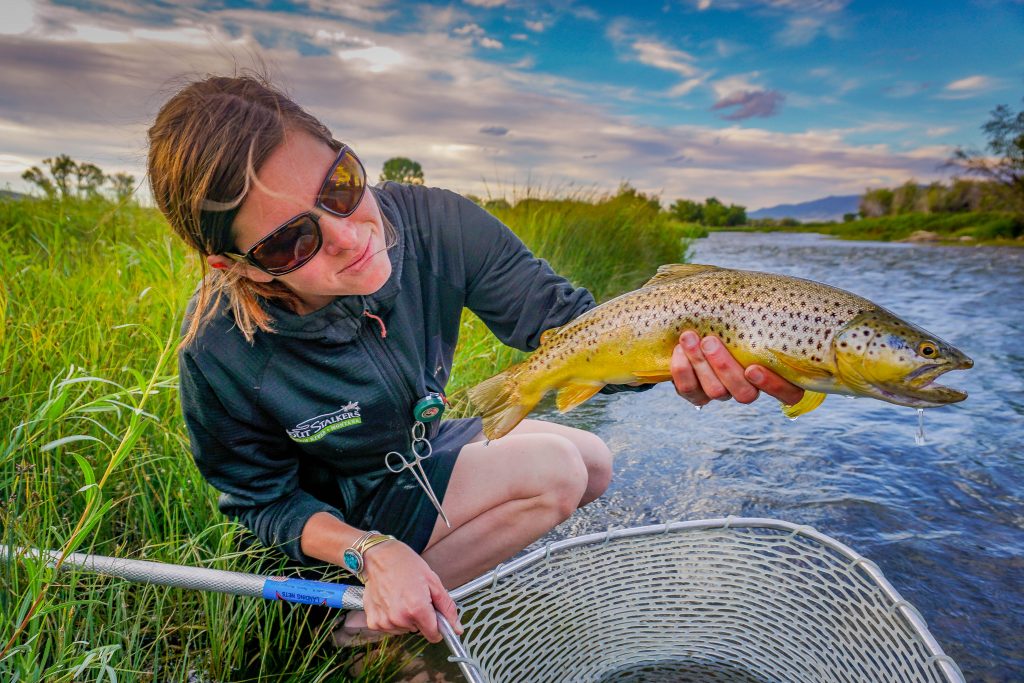 Guaranteeing fishing opportunities for the next generation

Coming out of the Crazy Mountains, the North Fork of Horse Creek flows west into the middle fork and eventually into the Shields River. Like most mountain streams, the creek runs fast and strong in the spring and early summer, but even in peak flows, the creek isn’t wide – a raft certainly couldn’t float down it.

Still, in its cool waters, you can find the Yellowstone cutthroat trout, a rare subspecies of trout that is only found in this part of the world.

That is, as long as the creek’s health is maintained. And the Montana Department of Fish, Wildlife and Parks’ Future Fisheries Improvement Program is one of the main reasons why Yellowstone cutthroat are still in the creek today.

Michelle McGree, Future Fisheries program officer, said that she often has a hard time expressing the depth of projects the program is willing to fund in order to help support native fish throughout the state. But the North Fork of Horse Creek is a good example.

In three separate projects, the program helped a rancher install a center pivot in exchange for the landowner agreeing to limit flows; installed riparian fencing to protect the creek from overgrazing; and installed a fish screen to prevent the entrainment of fish into irrigation canals.

Today, the Yellowstone cutthroat has a more protected place to spawn, with reinforced banks, more water and reduced risk of ending up in a channel.

Since the Future Fisheries Program was created in 1996, projects funded have included the installation of 235 miles of riparian fence; 133 miles of channel restored; 48 fish screens installed; 198 fish passage structures or barriers have been installed or removed; 13,200 numbers structures have been placed in lakes or reservoirs; and 252 cubic feet per second of instream flow has been added.

Other projects that are eligible for funding include creating new ponds and increasing educational signage – anything that can improve the quality of fishing or education or opportunity to go fishing. All native fish are eligible, not just rare ones like cutthroat trout.

So far, most of the funded projects have been in the western part of the state, but since 2013, fisheries in eastern Montana have been eligible for the funds. McGree said the department is working to make sure ranchers in those areas know what is available to them.

The program has completed more than 600 projects and has dozens ongoing. Each biennium the program has around $1.4 million to fund those projects. Unfortunately, during the most recent legislative session, funds came in lower, around $1.1 million, she said.

And that means the program might have some hard decisions to make, she said. Normally, the project puts out four different grant cycles asking for project proposals. During the first cycle, however, McGree said that about $800,000 in requested came in, and about $500,000 total was awarded, almost half of the total for two years spent in the first six months. McGree said with so much demand, there is a potential that they the program will run out of its budget before they can complete all four grant cycles.

“There’s a big need out there, and we’re trying to figure out to fill it,” McGree said.